The 2011 MRL Paradigm Rapid Event was a great success and proved to be very exciting. It was indeed action packed fighting chess that was on display at the Primi Piazza Cafe at Canal Walk Shopping Mall on Saturday.

This new dynamic form of the game tested the tactical ability of some of the top players in the province in an 8 player round robin. Most positions, soon after opening and basic principles were applied, started taking shape into interesting middle game battles. The endgame was where the real struggle lie, because no agreed draws, perpetual check, or threefold repetitions were allowed. Only one draw throughout the tournament due to insufficient material, between Kenneth Willenberg and Bryan Aguirre in a Queen vsRook and Pawn time trouble ending could seperate the players from each other’s throats.

All 7 of the 8 (8th position being the normal chess position) positions were made available to the players which still allowed for the professional element of the game, preparation. Interestingly all selected positions proved to be as playable for black as it was for white with the ratio of wins being very equal 14 white /13 black.

International Master David Gluckman in the end was crowned the paradigm king with a convincing score 6 out of 7 score. 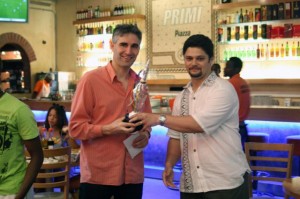 Second was Kenneth Willenberg with 4.5 and third after a (5min + 5sec increment play-off in the 8th paradigm position) with Maxwell Solomon was Donovan van den Heever with 4 points.
The Paradigm anti-draw concept poses a new challenge to the game, forcing the player to fight for the win and avoids agreed draws in playable positions, which we see more than often in tournaments nowadays.Thus the objective was achieved of an increased win rate overall. We certainly would like to see more of these tournaments being played in the true battle spirit of the game.
Thank you to the organizers, Primi Piazzi and Lourenzo van Niekerk for making this event possible.
Look forward to the next Paradigm challenge

Article by: Craig Willenberg
Posted by Unknown at 3:05 PM No comments: Links to this post

The Chess Federation of Zambia will be hosting a FIDE Arbiter's Seminar during the 2011 African Youth Chess Championships.

The seminar will be conducted by IA Werner Stubenvoll of Austria and will be held at the Lusaka Hotel in the central part of the Zambian capital of Lusaka.  Successful participants will be awarded the FIDE Arbiter title in accordance with FIDE regulations.

Source: South African Chess Federation
Posted by Unknown at 9:43 PM No comments: Links to this post

Who is the next Grandmaster from Africa?

We ventured to check with Jackie Ngubeni and pick his brain on who he thinks is the next African GM. His answers were very interesting and here they are,
Farai Mandizha 90%, 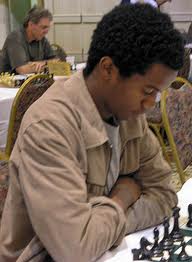 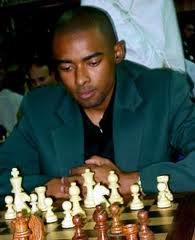 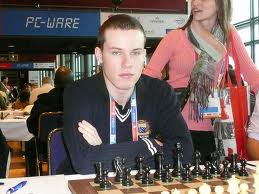 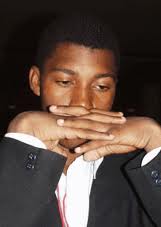 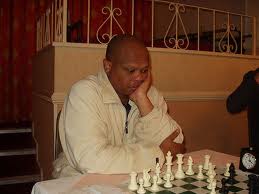 Other top player whoever they may be, is below 25%.
Watu Kobese's odds can sky-rocket if he plays regularly!
What do you think?
Posted by Unknown at 12:28 PM No comments: Links to this post

Email ThisBlogThis!Share to TwitterShare to FacebookShare to Pinterest
Labels: Chess Grandmasters in Africa

Have you ever wondered why we have such a low number of titled players in Africa ?

Well I think its mainly due to lack of making it a goal to have more players titled. In itself the goal is easily attainable. We only need to have rated tournaments.

The FIDE requirements for a rated tournaments are two fold.

2. In a Swiss System only games with rated opponents are counted in the Swiss or team tournament and you only need a minimum of 5 rated players. Example of Swiss tournament: 100 players, 9 tours; you will play only with 9 players.

Either one of these is easily attainable without having to request grandmaster from overseas to attend!

A simple strategy I can propose is that we work on an immediate basis to establish 10 Annual Fide rated tournaments in countries which are already active in Chess development.

This would be a simple initiative which could easily drive!

What do you think?

Posted by Unknown at 3:39 PM No comments: