Chess growth in the Western Cape

Over the years with efforts from many people Chess has been growing in the Cape.

I just thought I would publish something brief on this phenomena. It became quite apparent to me as I had three invitations today to completely different chess activities.

There was a schools trials with a lot of kids battling it out, there was a group in Gugulethu playing and planning to Open a club and lastly I had an invitation from Steinitz chess club undoubtedly the most professional club in the country to attend their match against Alekhine Chess Club all the way from the eastern Cape. I was there for the firs match in which Steinitz triumphed with a score of 9-4, well done to them.

My realization in all this was that the Revolution that the MEC for Sports and Culture Dr Ivan Meyer launched March 2011 is now being realized in the Western Cape. 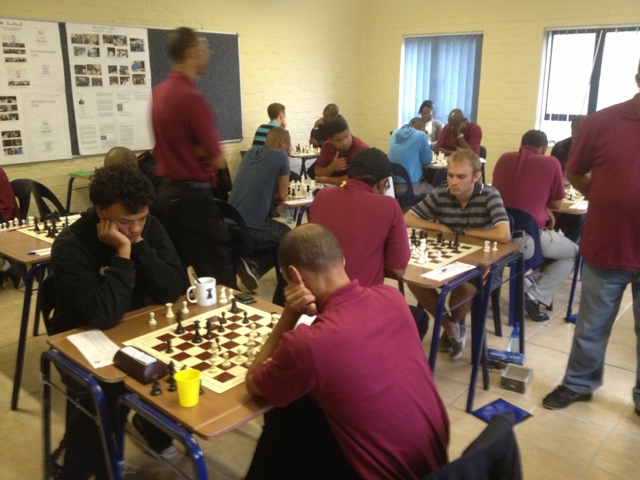 Email ThisBlogThis!Share to TwitterShare to FacebookShare to Pinterest
Labels: Steinitz battle it out with Alekhine Chess Club